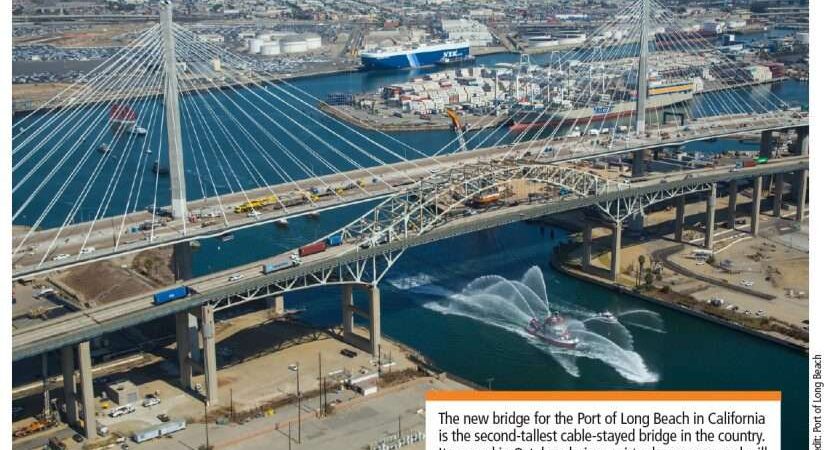 Lockdown orders and more people working from home put a dent in fuel-tax and toll revenues this year.

The effect of that reduction has been mixed so far, with 36 percent of responding states seeing little to no effect on their bridge programs, while 21 percent report bridge projects delayed, according to responses to this year’s Better Roads Bridge Inventory.

As the virus continues to spread, most of the 28 DOTs responding to the question about the pandemic – 43 percent – reported some uncertainty as to what effect it would have on bridge funding.

(This year, departments of transportation in 39 states and the District of Columbia responded between August 5 and September 28 to the annual Equipment World survey. The survey was sent to the 51 bridge engineering divisions of the District and all the 50 states. For those that did not respond, we used data from the Federal Highway Administration’s 2019 National Bridge Inventory.)

The Missouri Department of Transportation had expected a small reduction in the number of poor condition bridges for the year, but the pandemic hindered those plans.

“The virus restrictions have caused a significant drop in revenue,” the DOT said. “As a result, we have had to delay some projects that were originally scheduled.”

The Ohio Department of Transportation expected a 10 percent reduction in funding and cited the pandemic-related revenue drop as its biggest challenge in improving its bridge conditions.

“Project deferrals will be at least up to one year,” reported the Kentucky Department of Transportation.

The Oklahoma Department of Transportation saw its fiscal year 2021 funding for highway construction cut by $180 million, but it was given authority to raise $200 million in bonds to help keep projects on schedule, the agency said. However, the 2022 fiscal year budget calls for another $180 million cut.

The agency also reported project delays but not solely due to the coronavirus. “The COVID-19 pandemic has made administering our construction program more challenging, affecting some contractors’ work schedules,” it said. “Additionally, environmental issues, such as construction-season restrictions due to endangered or protected species and extreme weather, like flooding, has delayed some projects or made them more difficult to execute.”

Other states cited a delay in bridge projects in the early months of the pandemic but were able to bounce back.

“Bridge repairs continue except that the statewide bridge repair crews were sidelined a couple of months due to travel restrictions,” reported the Arkansas DOT. “They are now back at full service.”

Georgia’s DOT received a boost in funding from the state legislature to offset some of the revenue reductions to its bridge program. Vehicle miles traveled in the state dropped 50 percent in April and have climbed back to about 90 percent of what they were last year, as of August 11. “It will take some time to see how this translates into funding for our programs,” the agency said.

The Louisiana Department of Transportation and Development had no budget changes to its programs as of September 23. “Reduction in gas tax revenue collections were notable for the first few months of the pandemic but seem to have been mostly temporary,” its survey said. “Optimistically, any project reductions, delays resulting from the revenue losses will be minimal.”

The Utah DOT is seeing no drop in funding for bridge repairs and replacement. “No projects are expected to be cut, and no need to delay any bridge projects due to the pandemic has been identified,” it said.

Delaware has seen its traffic numbers rebound to within 90 to 95 percent of normal levels. The transportation department reports no budget impact for the current fiscal year or the first six months of the 2021 fiscal year. “Beyond that,” the agency said, “we expect some minor to moderate impact, but it is dependent on how long the pandemic lasts.”

For some states, the pandemic was another burden upon already strained budgets.

The North Carolina DOT was grappling with overspending $2 billion in 2019 because of natural disasters, a large legal settlement and other issues. Then in May, an estimated $300 million drop in revenue from the pandemic led the agency to furlough its entire workforce and halt all but 50 major road projects. The agency’s survey said it is still evaluating its revenues but expected further delays in meeting its goals. The department received a boost in October with state plans to issue $700 million in bonds for road construction and repair.

The Nebraska DOT, still reeling from devastating flooding in 2019, also reported a rise in construction costs along with coronavirus-related revenue drops. “NDOT is experiencing a significant increase in construction pricing inflation for concrete, grading, asphalt and bridge-pay items in addition to revenue impacts that resulted from historic floods of 2019 and the pandemic.”

Oregon, which has suffered a summer of historic wildfires, also experienced a rise in costs, but did not expect any project delays or cancellations over the next two years. It’s longer-term outlook was less certain.

“We continue to assess the impacts of the pandemic on both the revenue and contractor bid prices,” it said. “…We still are concerned about impacts in the three- to four-year timeframe, and we anticipate refining our projections further in 2021.”

Pennsylvania’s DOT was also concerned about the pandemic’s funding effects.

“The state is looking at a significant revenue loss, but how it impacts individual programs is not known at this time,” the agency said. “There will certainly be a reduction in repairs and replacements in the immediate future, the degree of which is not known.”

Since the survey, PennDOT has reported an $8.1 billion gap between its bridge and highway needs and available funding for 2020-21 fiscal year.